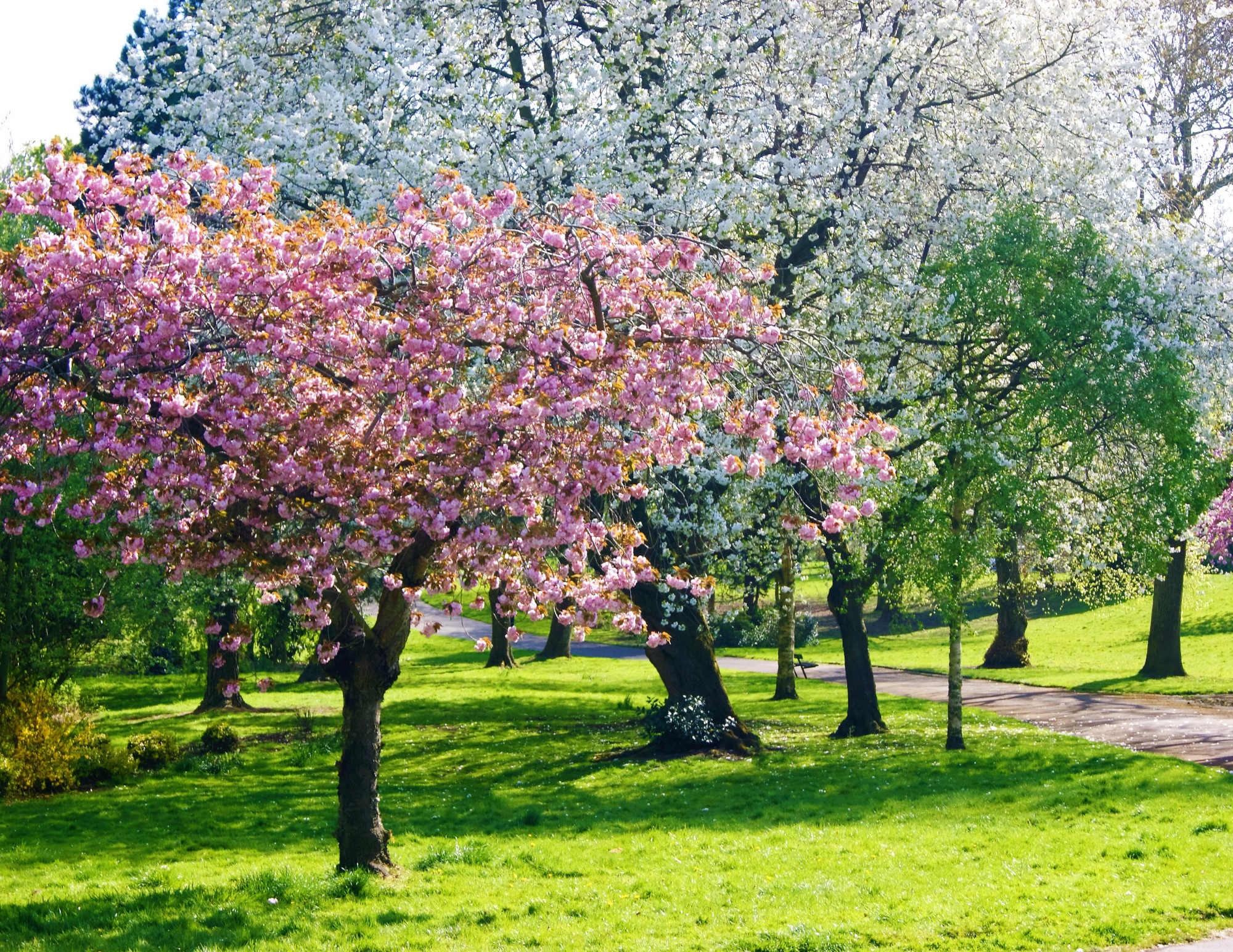 Iowa City is a city in Johnson County, Iowa, United States. It is the only City of Literature in North America, as awarded by UNESCO in 2008. Iowa City is the county seat of Johnson County and home to the University of Iowa. Iowa City was the second capital of the Iowa Territory and the first capital city of the State of Iowa. The Old Capitol building is a National Historic Landmark in the center of the University of Iowa campus. The University of Iowa Art Museum and Plum Grove, the home of the first Governor of Iowa, are also tourist attractions. In 2008, Forbes magazine named Iowa City the second-best small metropolitan area for doing business in the United States.

In the early 1970s, the Old Capitol was renovated and University administrative offices were relocated to Jessup Hall. All but one of the major rooms were restored to their appearance when Iowa City was the state capital. In November 2001 the cupola caught fire during the renovation of its gold leaf dome. The cupola was destroyed and the building was heavily damaged. In 2006, after an extensive restoration, the building re-opened to the public. The building now serves as the Old Capitol Museum, as well as a venue for speeches, lectures, press conferences and performances in the original state senate chamber.

The Iowa Avenue Literary Walk, a series of bronze relief panels that feature authors’ words as well as attribution, is a tribute to the city’s rich literary history. The panels are visually connected by a series of general quotations about books and writing stamped into the concrete sidewalk. All 49 authors and playwrights featured in the Literary Walk have ties to Iowa.

In November 2008, UNESCO designated Iowa City as the world’s third City of Literature, making it a part of the UNESCO Creative Cities Network.

In 2004, the Old Capitol Cultural District was one of the first Cultural Districts certified by the State of Iowa. The district extends from the University of Iowa Pentacrest, south to the Johnson County Courthouse, east to College Green Park, and north into the historic Northside Neighborhood.

The February 2010 issue of The Advocate magazine had an article titled “Gayest Cities in America” which ranked Iowa City third in a list of 15 cities with an abundance of gay-friendly (male) resources, behind Atlanta, Georgia, and Burlington, Vermont. The article was reported and discussed in The Daily Iowan.

Iowa City has a variety of cultural events. It has a strong literary history and is the home of the Iowa Writers’ Workshop, whose graduates include John Irving, Flannery O’Connor, T.C. Boyle, and many other prominent U.S. authors; the nation’s leading Non-Fiction Writing Program; the Iowa Playwrights’ Workshop; the Iowa Summer Writing Festival; and the International Writing Program, a unique residency program that has hosted writers from more than 120 countries.

Iowa City also sponsors a variety of events in the Summer of the Arts program. These include a nationally renowned jazz festival, a festival of the arts, open-air summer movies and free concerts every Friday night in the pedestrian mall (Ped Mall).

The Iowa City Book Festival began as an annual summer event in 2009 sponsored by the University of Iowa Libraries and in 2013 it was moved to October when management was handed off to the Iowa City UNESCO City of Literature. It features readings from prominent authors and literature themed events.

City Plaza (commonly called the Pedestrian Mall or simply Ped Mall) serves as a gathering place for students, locals, and the homeless, and draws large crowds for its summertime events such as the Friday Night Concert Series and the annual Iowa City Jazz Festival and Iowa City Arts Festival. The Ped Mall area contains restaurants, bars, retail, hotels, and the Iowa City Public Library. It is known for its appeal to various local artists and musicians, and its wild bar scene. The Coldren Opera House was located on the street which has now become the mall.

Iowa City’s two public high schools, City and West, are members of the Mississippi Valley Conference. The Iowa City Gold Sox were a semi-professional baseball team that called Iowa City home from 1912 through 1913.

Hickory Hill Park is a large wooded park on the north side of town.

Hubbard Park is directly adjacent to the south side of the Iowa Memorial Union building and is a large green space utilized by many students for team activities and events.

Thornberry Dog Park is on the east side of the river in-between two bends in the river referred to by developers as “the peninsula” upstream of City Park. This area is also home to a small Frisbee golf park which is often flooded.

College Green Park is located two blocks directly north of Burlington Street and two blocks east of Gilbert Street and is host to an annual gay pride parade during the spring or summer season.

Mercer Park is on the south east side of town directly adjacent to South East Junior High off of 1st Avenue. It contains play equipment, baseball diamonds and an indoor pool and recreation complex.

Scott Park is on the far east central side of town along Scott Boulevard to the east. It’s a large park area with soccer fields, baseball diamonds, and lots of green space where many people walk their dogs.

Napoleon Park is on the very south side of Iowa City along Gilbert Street and hosts many baseball diamonds.

Whispering Prairie Wetlands Park is a nice pond and marsh area on the southeast side of town. It hosts many species of resident and migrating birds, including water fowl.

Court Hill Park is located south of Court Street and extends all the way to Ralston Creek on the south side of Friendship Street. It contains three pavilions, football field with uprights, an incomplete baseball diamond, and play equipment. Newly developed walking trail traverses this park.

Happy Hollow Park, created in 1945, is in Iowa City’s historic North Side district at the corner of Brown Street and Governor Street. The facilities include a shelter with restrooms, a pavilion and seating for barbecues and other events, a softball diamond, and playground equipment.

Highland Park is a “pocket park”, on the northwest corner of Keokuk Street and Highland Avenue. It features a small shelter (installed 2015), and play equipment installed in 2016, thanks to work by the Lucas Farms Neighborhood Association.

Clear Channel Communications owns two of the Iowa City area’s commercial radio stations: KXIC 800 AM, a news/talk station, and KKRQ 100.7 FM, a classic rock station. KCJJ 1630 AM is an independently-owned, 10,000-watt station that broadcasts a mixture of talk radio and Hot AC music programming along with area high school football and basketball games and NASCAR racing. Another Iowa City-licensed station, KRNA 94.1 FM, now broadcasts from Cedar Rapids and is operated by Cumulus Media. Radio signals from other cities, including Cedar Rapids and the Quad Cities, also reach the Iowa City area.

Two daily newspapers are published in Iowa City. The Iowa City Press-Citizen, owned by Gannett, publishes six days a week with Gannett’s Des Moines Sunday Register standing in as a Sunday edition. The Daily Iowan, an independent newspaper based at the University of Iowa, publishes Monday through Friday while classes are in session. In addition, The Gazette of Cedar Rapids maintains a news bureau in Iowa City.

Iowa City has a general aviation airport, the Iowa City Municipal Airport, on the south side of the city. The Eastern Iowa Airport, 20 miles (32 km) to the northwest, serves Iowa City and Cedar Rapids with scheduled passenger flights.

Iowa City is served by the freight-only Iowa Interstate Railroad and the Cedar Rapids and Iowa City Railway (CRANDIC). The historic Iowa City Depot, shown in the picture at left, is no longer in use for railway services; it has been modified into a commercial office building.

Iowa City Transit, Coralville Transit, and the University of Iowa’s Cambus system provide public transportation. BONGO is a local app that tracks buses in real time. Their trip planner is still in beta.

There is a system of paved bicycle paths, especially along the Iowa River. Some of the main roads also have a designated bike shoulder, e.g. Melrose Ave.

Our goals are to help you purchase the right home, make sure you don’t miss out on any homes that meet your needs, and make sure you don’t pay too much for your next home. Please utilize our Iowa City, Iowa real estate expertise to make your home search and buying experience as stress free and rewarding as possible.

We utilize the latest, cutting-edge, real estate marketing tools to get your house aggressively marketed to sell as quickly as possible and for the best price! Our goals are to help you get your Iowa City, IA home sold, put you in the strongest negotiating position as possible, and to make it easier for you and reduce surprises.