The new year is on the horizon, and ’tis the season for those never-ending predictions about the future — job growth, GDP, housing, and geopolitics. Economists and think-tank experts are, as they say, cautiously optimistic. Undeniably, the intertwining of domestic policies and global trade conflicts will continue. We predict, however, that some forecasts will hit closer to home than others. Here at Blank and McCune, we’re focused on Iowa City real estate trends.

Here’s why: Trade wars often comprise abstract frameworks, while economic talking points make painfully boring dinner conversation. Housing, on the other hand, affects all of us. And, there’s always that looming fear that you should have purchased a home — or sold one — last year.

If you’re wondering how Iowa City real estate trends area will affect you, relax. Whether you’re buying that first home, looking to downsize, or thinking of expanding your investment portfolio, we’ve got good news for you. In Iowa City and the metro area, real estate is in a sort of stasis — not booming but not exactly in decline, either. 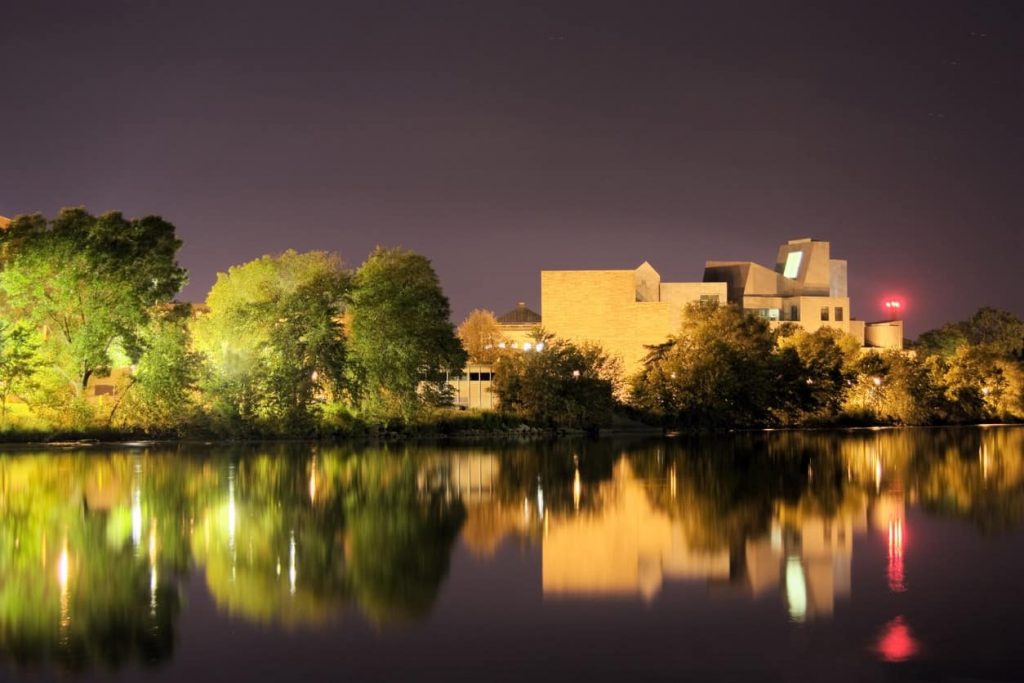 Now that we’ve gotten the view from 30,000 feet, what does it look like locally — for Iowa City and the surrounding metro area?

A quick look at the demographics yields impressive data. Iowa City boasts a well-educated workforce. Almost 60% of residents have a four-year degree, and 87% are employed in professional, sales, or administrative office positions.

There are just over 75,000 people living here, with a per capita income of $28,758, well over the national average. Many graduates of the University of Iowa opt to stay in Iowa City post-graduation, given the booming economy and vibrant neighborhoods.

The median value of a single-family home in Iowa City is $245,410, an increase of 4.7% for 2019. That same house is projected to increase in value by 1.7% for 2020, although it’s important to note that 2019 projections were only at 3.7%. Keep in mind that these are averages and that you’ll need to look at individual neighborhoods to get a more accurate picture of home values.

The City Center/University of Iowa areas are trending higher, while outlying areas are not appreciating as well, although that doesn’t mean you won’t find good investments there.

The Center City area includes the University campus and downtown Iowa City, where the vibe is post-millennial and “live-work-play” in nature. You’ll see office buildings juxtaposed against duplexes, bars, retail stores, coffee shops, and theatres. Those U of Iowa graduates who stayed in town are fueling the Hipsturbia trend, demanding a mixed-use environment with plenty of housing and jobs.

Today’s millennials aren’t afraid to share, it turns out. They’re as comfortable with ride-sharing as they are with house-sharing. As it turns out, those mixed-use neighborhoods are becoming increasingly popular.

Iowa City is a strong market for real estate investments. Here’s why: The market is undervalued relative to the rest of the country, and the huge student population provides a consistent need for housing. According to NeighborhoodScout.com, the vast majority of homes in Iowa City are small.

How small? 34% are two-bedroom dwellings, while only 28% have three bedrooms. If buyers are looking for bigger homes, they’re going to have a challenge on their hands. Only 20% of single-family homes have more than four bedrooms. More people in Iowa City rent than own a home, however — 57% to 43% — largely because of the student population.

Home sizes are more than likely another reflection of the college demographic. Almost half of the single-family residences (45%) were built between 1970 and 1999.

The average rental income is $1350/month in Iowa City and $1235/month in the metro area, where an additional 125,000 people live. Given the median home prices, a savvy investor can realize a solid income stream with smart property buys.

Although Iowa City is home to a large student population, the greater metro area is home to a diverse environment. You’ll find great neighborhoods, schools, and retail centers just a short commute from the city. Coralville, less than five miles away, attracts families of young professionals. It’s also home to The Coral Ridge Mall, which boasts its own ice-skating rink. Riverside, a bit more rural than Coralville, is on the English River and widely accepted as the “future” birthplace of Captain James Kirk (of Star Trek fame).

Trekkie fans who visit Riverside enjoy taking pictures by a stone proclaiming March 22, 2228, as the date of Captain Kirk’s birthday.

Meanwhile, West Branch, about 11 miles east of Iowa City, is a town of social and historical significance. It’s the birthplace of Herbert Hoover, after all, and the site of the Hoover Presidential Library-Museum. It also hosts the Hoover Birthplace Cottage and the gravesites of Herbert and Lou Hoover. All are part of the Herbert Hoover National Historic Site. During the Civil War, West Branch was an important stop along the Underground Railroad for slaves making their way to Canada. West Branch also sheltered abolitionist John Brown twice in 1856.

If you’re a history buff, you’ll also appreciate Kalona, located 15 miles south of Iowa City. The city was settled by the Amish in the 1840s and is one of the oldest towns in Iowa. Even today, the Amish presence is reflected in a vibrant economy headed by local artisans and craftsmen. Dubbed the Quilt Capital of Iowa, Kalona combines a strong job market with a charming city center.

If you’d like to call any of these Iowa City metro areas or Iowa City itself home, Blank and McCune welcomes the opportunity to work with you to make your homeownership dreams come true.

The 2020 Forecast For Housing

The national housing forecast for 2020 remains positive, as recession fears seem to have subsided. As 2019 closes, the longest economic expansion in history is expected to contract slightly in the coming months. However, consistently low — still under 4% — interest rates confirm that real estate remains a good investment.

Now, let’s turn back the clock for a minute.

Industry experts predicted a national increase in home value of 3.7% for 2019. However, data as of August 2019 indicated a strong 5.5% growth rate. Why have the numbers exceeded expectations? First, it’s still a seller’s market in much of the country. Plus, new housing developments slowed in 2019, so inventory for buyers remains lower than usual. Finally, unemployment is at a historically low 3.6%, and low-interest rates are keeping potential buyers in the game.

If you’re already a homeowner but are thinking of moving in the next few months, don’t fret. The value of your property won’t nosedive like it did in 2008-2009. Then, the Great Recession destroyed more collective wealth in the United States than at any other time in our history. However, in the ensuing years, property values bounced almost to pre-recession levels.

That said, real estate experts don’t see this kind of flattening of the real estate market in the near future. Not only will the United States avoid a recession, but it turns out that prospects for a global downturn have diminished, as well. All in all, home values have risen in modest increments in most of the country. In short, the bubble that burst in 2009 won’t be plaguing the current market.

Why is this? Lenders have learned their lessons from the 2009 crash. Those easy money loans that created the bubble and got so many borrowers in trouble don’t exist anymore. Industry changes in appraisals (random automated assignments rather than lenders using appraisers who inflate values) are more reflective of the real market values of homes.

Those tighter standards have set the stage for a fairly vibrant real estate market in Iowa City.

Mortgage Rates: Up Or Down

The Federal Reserve has been cutting short-term interest rates — the rate they charge banks for borrowing — for several months now. And, a further 0.25% cut in late October made rates 0.75% lower than they were at the beginning of 2019. In the real world, this means your savings accounts, CDs, and money markets will be yielding lower returns. On the upside, money is cheap. Mortgage interest rates are still under 4% for a conventional loan. If you’re in the market for a new home in the next few months, you have more buying power than you did this time last year.

If you’re looking at a 30-year, fixed-rate $175,000 mortgage today, the interest rate would be (for the sake of the example) 3.75%. The principal payment every month will be approximately $547. If you had gotten this mortgage a year ago at 4.25%, your monthly payment (principal only) would be $620. Over the life of the loan, you’d pay $26,280 more in interest over the life of the loan with the higher rate, even though the actual difference is less than $100 per month. 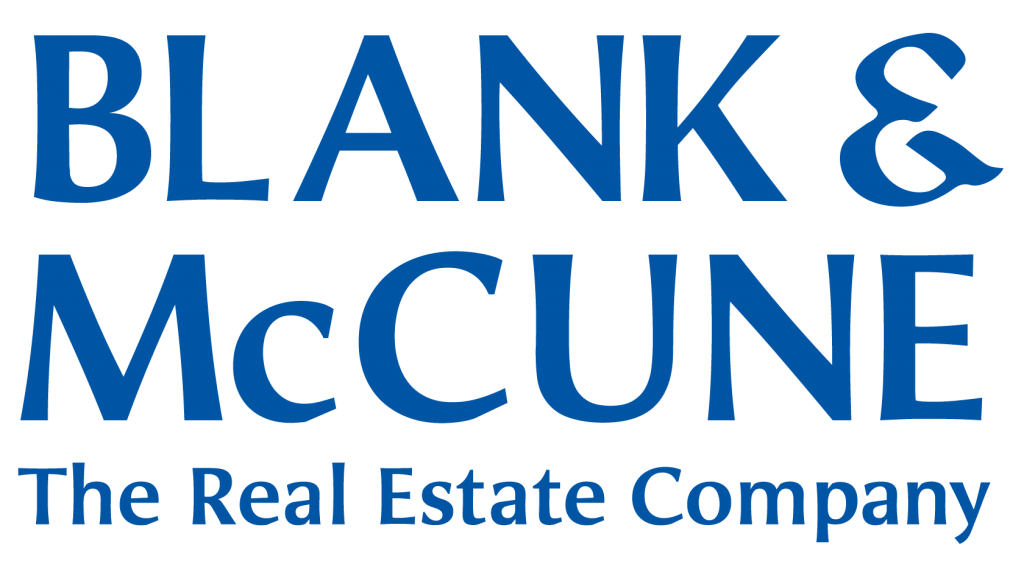